Linear TV advertising is the cornerstone of any brand’s marketing strategy. In 2017 alone, U.S. advertisers spent nearly $72 billion on TV, comprising 36% of all spending that year. As data analytics and overall marketing technology continue to evolve, innovation in advanced TV calls into question how linear ad spending will continue to function. However, if you consider these two technologies as competing channels, it limits the abilities that both can perform for a brand.  Let’s take a look at how linear and addressable advertising differ-  and how the two will coexist in this new media landscape. 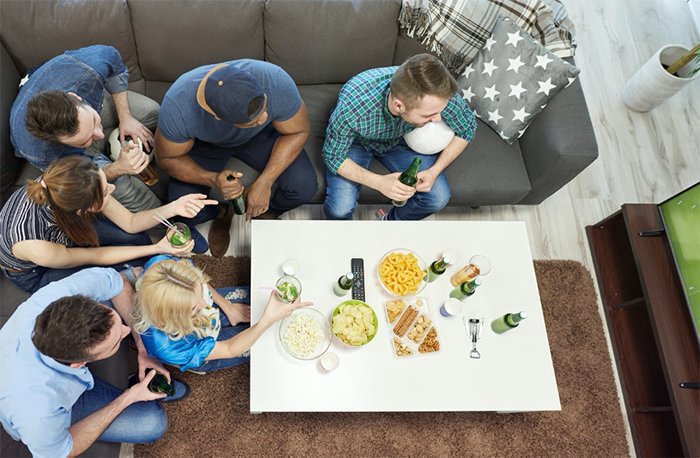 How the Two Compare

According to estimates by Nielsen, there are currently 119.9 million households that have television viewers in the U.S. for the 2018-2019 TV season. This reach equates to 305.4 million people (ages 2+). While this potential audience isn’t all watching the same channel at the same time, advertisers can capitalize on a viewership of millions at a time on a single channel.

With linear advertising, this type of scale allows brands to reach a vast market with a single campaign. Basic targeting is used, as advertisers can choose a network based on a large demographic they know will watch it, such as a male audience for ESPN, or an older audience on IFC. Linear advertising that calls for a memorable, emotional response also reaches beyond target demographics by sentimentally engaging the masses.

Addressable advertising takes the opportunities found in linear cable TV a step further through more precise targeting. While its scale is half what the entire market is currently—60 million households and roughly 162.2 million people—it extends reach by targeting audiences that brands believe are their ideal customer. As a result, ad spending on advanced TV alludes to more conversions through the all-important marketing funnel by circumventing the masses in favor of viewers that are more likely to buy their product. This works well for more niche brands that have a very specific audience.

In an hour of cable TV, there are up to two minutes of addressable ad space available. During this time, advertisers can not only target customers with campaigns catered to their interests but also customize frequency.

Advanced TV has tools to limit the number of times a viewer sees an advertisement or can even evolve the strategy to display a growing story as they watch from hour to hour. An initial targeted ad could introduce a viewer to a product and the story the campaign is telling. If they continue watching that channel, the next addressable spot for that company will have another component to that same story. This custom content builds upon a marketing strategy without repeating what they’ve already shown the potential customer.

Linear advertising can create a growing storyline, as well, but they can run the risk of a viewer tuning in halfway through their campaign. With linear TV advertising, though, familiarity can be the tool that converts audiences into customers. Repetition has been a cornerstone of brand recognition since the infancy of television, whether it’s getting a jingle stuck in customers’ heads or providing that instant connection between logo and product. Linear cable television is a critical aspect of awareness because of its reach and relative affordability.

The most substantial divide between linear and addressable advertising for businesses is the ROI metrics. Traditional linear ads do not have the data supporting them to capture how that spending equates to sales. Advanced TV ads, in contrast, can use their targeting parameters to calculate an ROI with a post-campaign study. Having this capability gives companies the power and the data to make more targeted marketing decisions both in the advanced TV and basic cable ad space.

As far as the investment in ad space itself, advanced TV has a higher price tag with a purpose. Linear TV ads only reach 10% of the intended audience on average, meaning that a significant amount of spending is wasted on uninterested viewers. If a linear TV ad costs $10 per thousand viewers, a marketing metric known as cost per mille (CPM), then that means it will cost $100 to reach one thousand interested customers. With addressable advertising, however, companies are targeting specifically their intended audience, so if they spend $40 CPM, then they reach one thousand customers with only that $40. 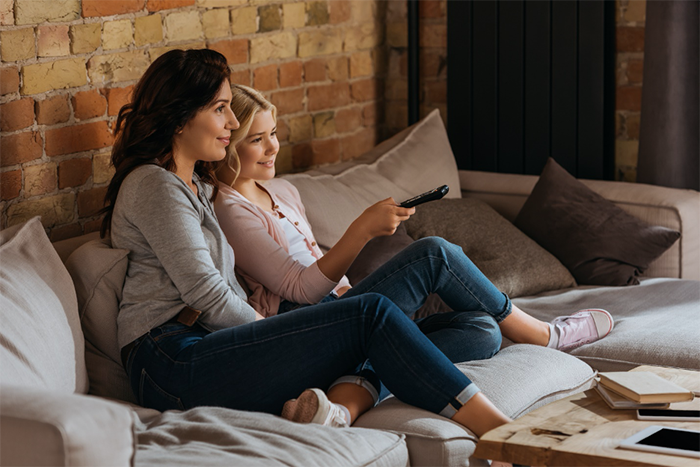 Which Strategy Companies Should Choose

Ultimately, linear and addressable advertising can serve two distinct purposes for a brand and even work together for a more cohesive marketing strategy. Linear TV advertising finds its strengths in reach, repetition, and cost, allowing companies to stretch far and wide on the TV ad space for potential customers without sacrificing their budget. Addressable ads offer the first-ever targeted approach to marketing, which can hone in on specific demographics and offer ROI metrics that help plan future TV campaigns.

However, just to add to the pile of opportunity in the TV space, some media providers are able to take linear TV one step further and use data for more precise targeting- a capability once limited to addressable advertising. Through a more advanced linear TV buy, called Linear + at organizations like NY Interconnect (NYI), brands are able to use the reach of linear with the targeting of addressable by creating a media plan that replaces basic demos with audience intelligence. This helps brands reach  more people but target a consumer that’s more likely to buy the product.

With the range of capabilities TV advertising has to offer, creating the right strategy is paramount. With help from our team at NYI, your brand can make the most of this prominent advertising medium by building a plan that drives customers to checkout.